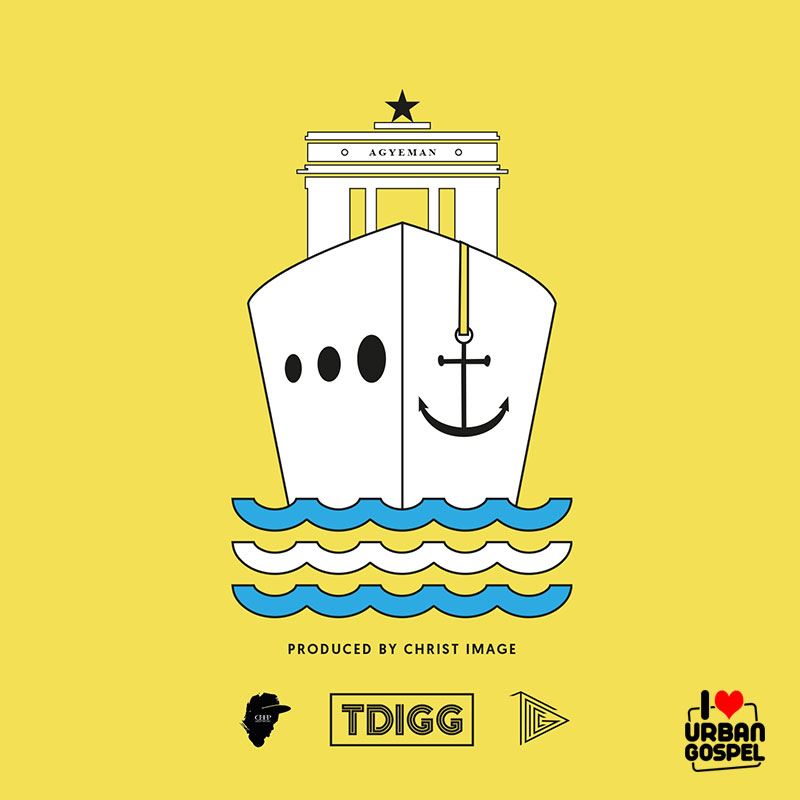 Agyeman, a name of Ghanaian origin from the Ashanti tribe is the title of TDIGG’s latest release. Following his previous release “Case Closed”, this song is an uplifting piece infused with humor.

In transliteration, Agyeman (which is the title of the song) sarcastically means “Saviour Of The Nation”.  In that regard, the motive behind the song is to encourage the ill-hearted and hopeless who are at the verge of throwing in the towel due to some unbearable circumstances they’re facing / have been facing in life. TDIGG reiterates that he writes timeless songs. In that, whenever one listens to his music no matter the time / moment / season, it must have relevance / make positive impact.

The concept behind the cover art / illustration is as follows : the Ship is symbolic of Humans (Vessels). The Freedom and Justice monument is symbolic of the Nation (Ghana), where TDIGG hails from. In essence, the monument being carried by the ship is a visual metaphor for humans carrying all sorts of weights (being stress, depression, hopelessness, shame, anxiety, past mistakes, regrets, failures, disappointment, etc.) - which do not benefit us positively, but instead drown us deeper / cause us to sink deeper in misery because of the weight.

In that regard, the morale of the song as inspired by the Bible Scripture - Proverbs 3:5 which says, “ Trust in the LORD with all your heart, and lean not on your own understanding…” - is that we should learn to cast all our cares / burdens unto the LORD, Who is the most agile sail we can be rest assured on, to navigate us through the tides while pursuing life’s tough journey.

The music (instrumental) was produced by Oduro Anyan, popularly known as Christ Image (C.I.) - a Ghanaian Christian recording artist and music producer - as sampled from Nina Simone’s record, “You’ve Got To Learn”.

TDIGG defines the sound as “Soulternative Rap” and claims it’s a sound which shows his versatility by far as it’s his first time infusing the Ghanaian Akan dialect with pidgin English. This is because TDIGG  has been known to rap in English for most of his records. He hopes his supporters will appreciate and embrace “Agyeman” from an objective perspective.

To create more awareness about the need to live stress free lives, TDIGG has collaborated with Urban Cognative (XRBAN CGNTV) - an emerging clothing brand, to release some merch for “Agyeman”.

You can preorder your merch now via @urbancognative (IG).